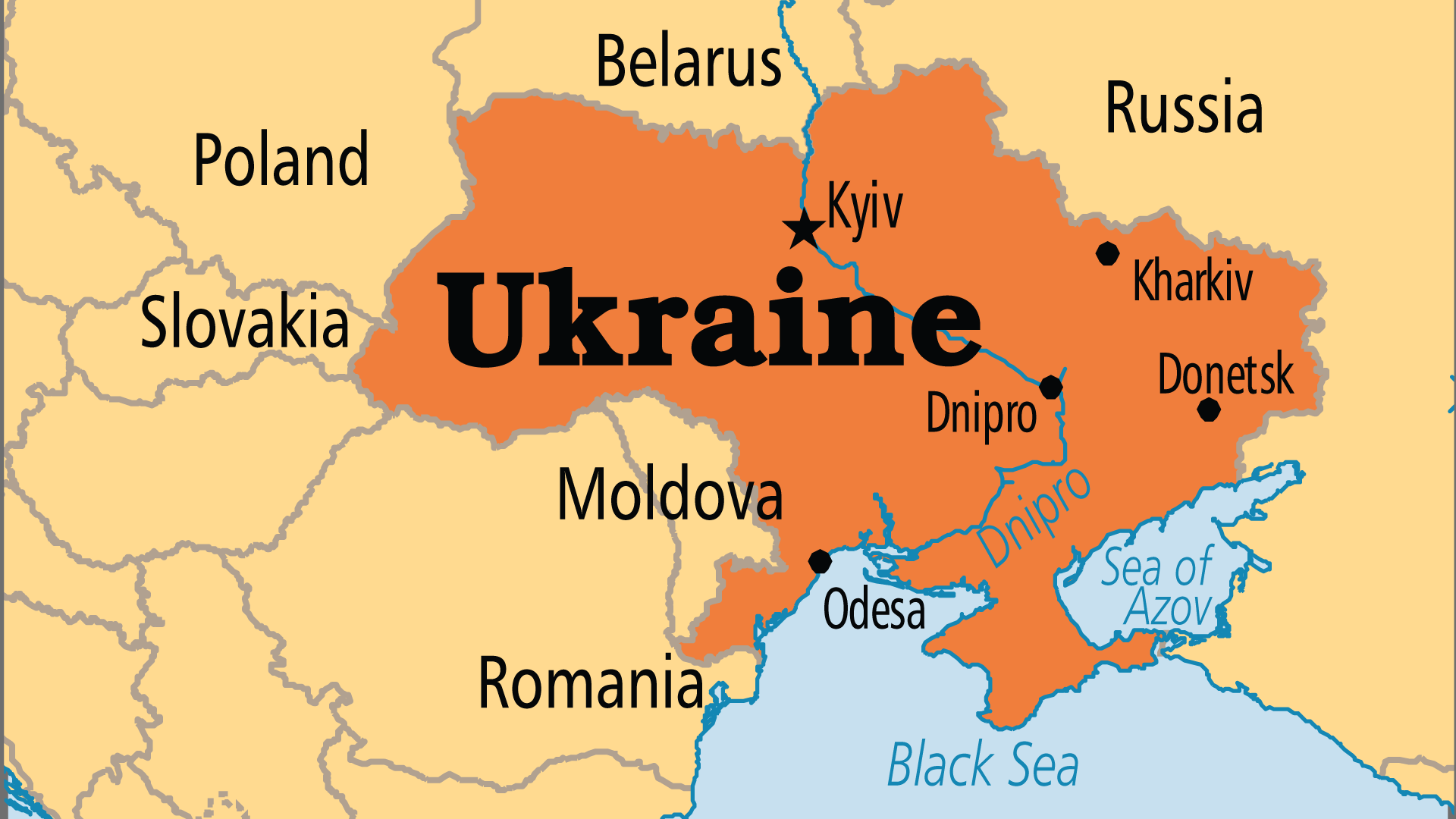 Ukraine’s location as a gateway between East and West puts it in a vulnerable position, as the last 15 years have shown. With the Orange Revolution in 2004-5 and then the Euromaidan in 2014, Ukrainians demonstrated the willingness to stand up to Russian interference in domestic affairs. In response, Russia annexed the Crimean Peninsula, and supported two pro-Russian separatist movements which seceded from Ukraine. The war in the Donbas region has continued since then, and as of 2022, Russian forces are alleged to be massing. Tensions in the region increase, conflict persists, Russian interference does not abate, and uncertainty and strife continue to menace Ukraine. May God bring to ruin the plans of those who seek war, and may peace prevail! Pray for wisdom in the face of pressure for Ukraine’s leaders and freedom from fear for its people.

The Soviet Union dissolved 30 years ago, but its shadow still looms over Ukraine. The unmanaged market economy of the '90s drove many deeper into poverty while a few powerful oligarchs gained extreme wealth through corrupt means. Ukraine’s economic troubles increase the political tensions between East and West. Communism’s demise as a governing ideology left an empty space without values or morals. This led to a rapid increase of hopelessness, alcoholism and drug abuse, and the spread of sexually transmitted disease. Many opportunities exist for holistic and compassionate ministries, and believers must not miss this open door. Pray that the Church might minister the heart of Christ to Ukraine, a nation with no shortage of needs.

Ukraine has a strong Christian legacy, and evangelicals emerged stronger and more numerous from 130 years of sustained persecution in which millions of Christians were killed. Freedom of religion is vastly improved but not yet enshrined in both law and practice. Pray for the Church to engage this new context with boldness. There are several challenges:

Leadership training is probably the primary church need in Ukraine. Twenty years of sustained growth created thousands of new congregations requiring leadership formation. There are dozens of seminaries, Bible schools and institutes, the capacities of which must grow to meet current and future demands. Western agencies contribute helpfully in this area, including SGA, GEM, Calvary Chapel Mission, Baptist and Pentecostal groups and others. Pray for them to serve professionally and humbly. Ask for God's provision for good academic resources and textbooks, for building projects and also funding for student scholarships.

Indigenous agencies. A blossoming of agencies followed independence with Ukrainians now working in outreach (evangelism, literature, media), with children (in summer camps and schools), and especially in humanitarian work (with prisoners, hospitals, orphanages and soup kitchens). Pentecostals/charismatics and Baptists minister both within Ukraine and without, sending missionaries to other former Soviet states. Pray for the burgeoning Ukrainian missionary movement - for further growth, provision and fruitful partnership with Western and other agencies.