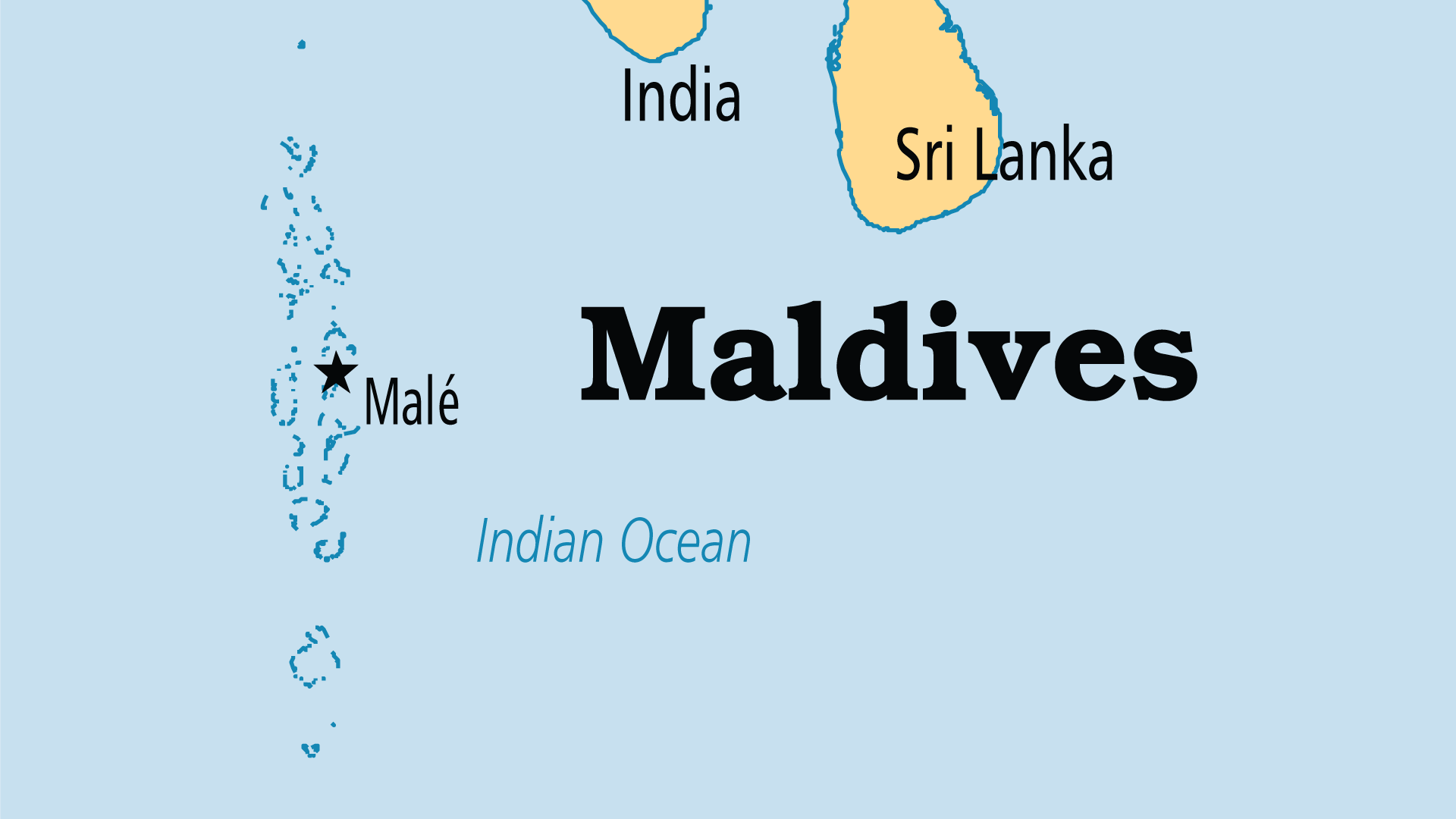 Tourists see the Maldives as an island paradise, but a darker reality hides below the surface. Powerful social and official forces limit freedom of expression and belief. The Maldives has one of the highest divorce rates in the world. Crime rates and gang activity both continue to rise. Child abuse and teenage drug abuse (among up to 70% of teens) indicate deep problems. Islam is the only recognized religion, and the government forbids open practice of all other religions. But beyond Islamic beliefs, many people follow occult practices called fanditha. Pray for the light of the gospel to shine among Maldivians. Pray against strongholds of pride, fear, and selfish pursuit of physical pleasures.

The fragile ecosystem of the Maldives is threatened by rising sea levels that could flood and destroy. Coral mining and rises in sea temperatures have killed much of the coral that is the foundation of these islands. The 2004 tsunami and the 2008-2009 economic downturn demonstrated how fleeting life on these islands could be; pray that this would cause many to seek eternal assurance obtainable only through Christ.

The desire to honour human rights and increase freedoms has been expressed by the current government, but freedom of religion is highly unpopular and violent opposition to it has been promised. Grassroots religion has shifted in a decidedly Islamist and Arabized direction, losing its indigenous Maldivian roots. Pray for the future of the people of the Maldives, torn between oppressive religion and empty freedoms.

The Maldivians are still among the least evangelized on earth. Neither mission work nor Christian literature has ever been allowed. Paradoxically, the government denies the existence of Christianity among Maldivians while arresting those who do believe. The perception of Christianity is so bad (largely due to Western media and tourist immorality) that political opponents use the term "Christian" to slander one another. Pray for the true name and nature of Jesus to be made known in this nation. Pray that the state's contradictions and heavy-handedness toward Christianity would generate great curiosity.