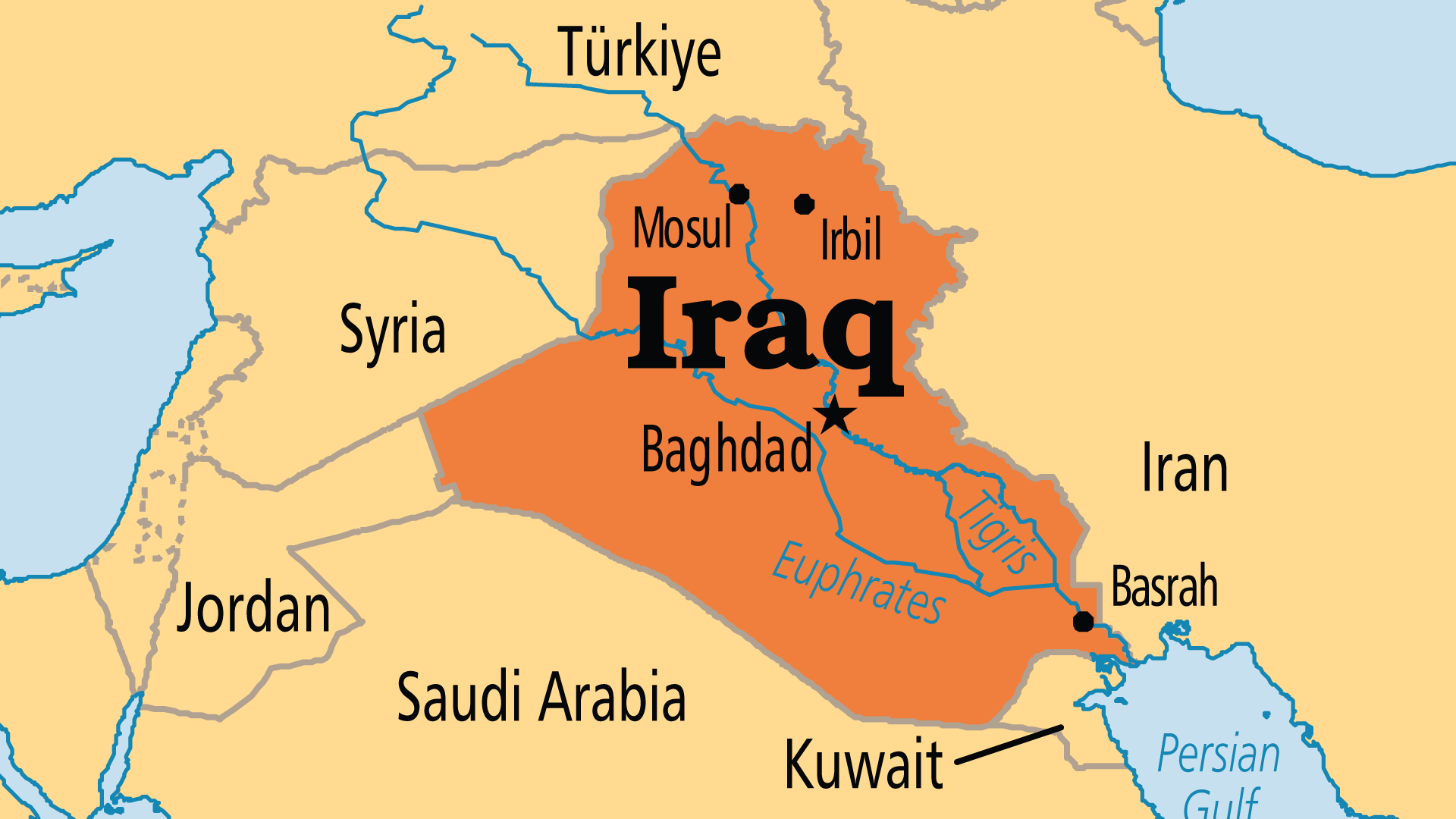 Iraq suffered great upheaval in 1991 (with the Gulf War), again in 2003 (with the 2nd Iraq War and the fall of Saddam Hussein), and yet again in 2013 with the rise of ISIS (Islamic State of Iraq and Syria). While ISIS has been greatly reduced and Iraq is less unstable, the country’s future remains uncertain. Pray for God to deliver this land from seemingly interminable conflict!

The Christian community has lived an unbroken existence in Iraq since the 1st Century, but this legacy is at risk of disappearing. The majority are Assyrians and descendants of the Nestorian, or Ancient Church of the East, centred in Nineveh and Mosul. The Nestorian Church was one of the greatest missionary denominations of history, winning 6% of all of Asia's population 1,000 years ago. Today, it is reduced through persecution, harassment and compromise to less than two million in the world. Christians in Iraq, the victims of sustained persecution and even genocide, are now only half of what they numbered in the 1990s. Most have fled persecution to Syria or Jordan, others to the West. Few are likely to ever return. Two-thirds of Baghdad's churches are closed or destroyed. Pray for the preservation of Iraq's biblical heritage, and for the restoration and rejuvenation of this most historic of Churches.

The Church was often characterized by fragmentation - denominationally, ethnically and politically - despite the great opposition all Christians face. The majority of those in traditional denominations are in the Catholic-linked Chaldean Church, but others are part of the Assyrian Church of the East, Syriac Orthodox, Armenian Apostolic, Protestant denominations or even a Muslim-background believers' network. Some in the historic denominations are being impacted by revival; others resent and oppose what they perceive to be aggressive proselytism and a money-spinning focus of the newer Protestant groups. Outreach to the Muslim majority remains a terrifying prospect to most, although compassionate ministry by some Christians to all in need sees many Muslims profoundly touched. Pray for unity among believers, with a Christ-centred front that responds to hatred and persecution with boldness, forgiveness and love.

Leadership for the churches is an increasingly desperate need. Many good leaders have fled the country; many others are dead, specifically targeted by Islamists. Some Iraqis are in training in Jordan, Lebanon and even in Iraq itself. Much of the pastoring and discipling is handled by Christian widows of slain leaders; pray for their equipping and enabling. With a young population and many Muslims coming to faith, leaders gifted in discipleship and teaching are crucial. Pray for the return of leaders who have fled, for the development of new leaders and for protection of all who shepherd God's people in Iraq.

All peoples are unevangelized except Assyrian and Armenian minority groups. Pray for:

The Kurdish Autonomous Region possesses significant autonomy but many of its own problems as well. Dominated by Kurds, it possesses restive minorities (Turkmen, Arabs, Assyrians) as well as strong antipathy to neighbouring Turkey. The Kurds have fought long for an independent state; Iraqi Arab reprisals have been particularly cruel, and broken Western promises embittering. The KAR's degree of autonomy remains a sensitive issue, nationally and regionally. Pray for the following: