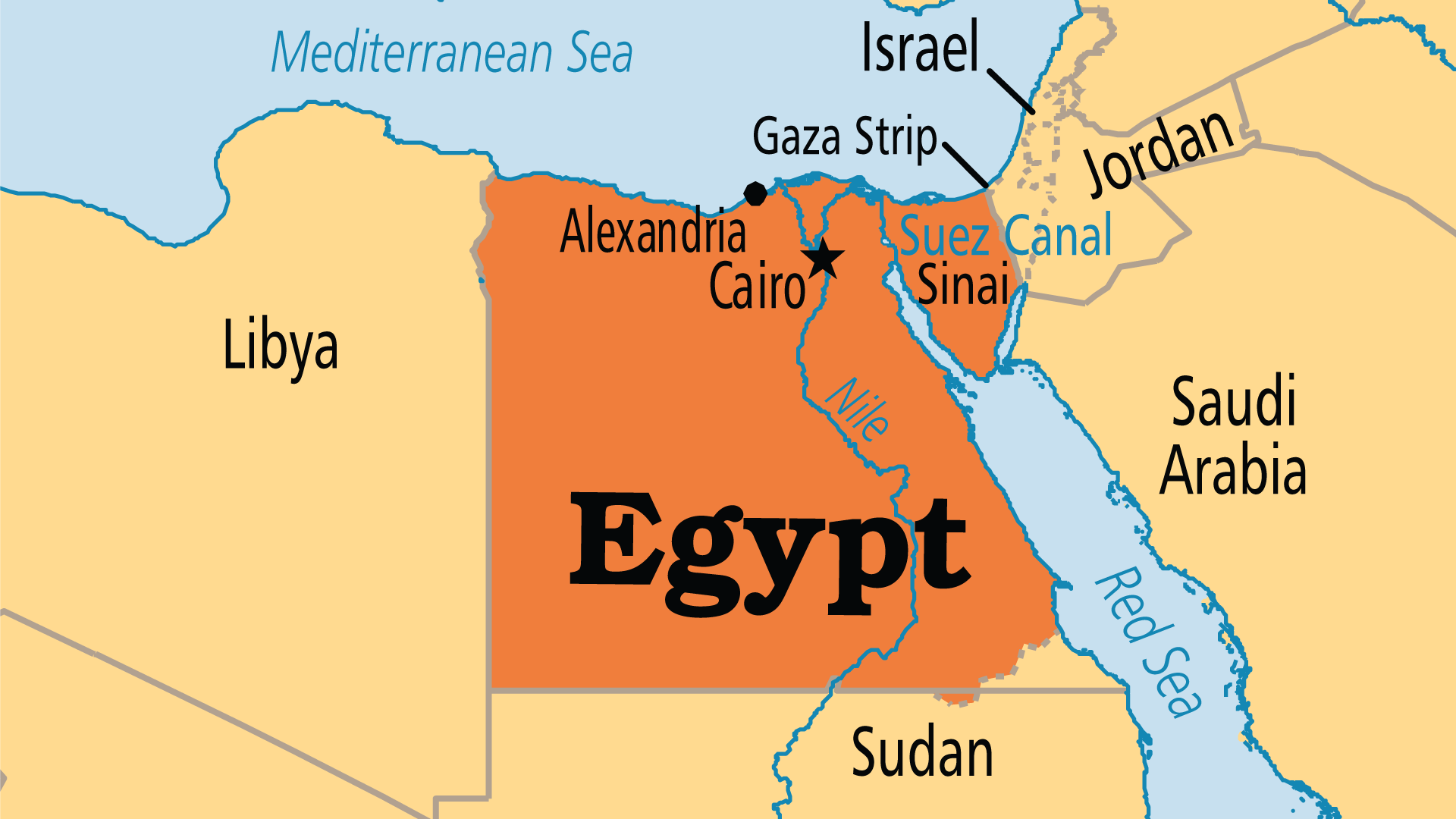 For over 1,000 years, Egypt was a majority-Christian country, even after the Arab Muslim conquest in AD 640. Egypt gave to the Christian world some of its greatest theologians and the monastic movement. Egyptian Christians may be more clearly linked to the original Egyptian civilization that pre-dates the coming of Islam. Some efforts have been made to minimize Egypt's great Christian heritage, to downplay the size of the Church and to marginalize its contribution to society. But the Church survives. Pray for recognition of its history and role within Egypt and for an even greater role in the future.

The government is even more authoritarian than pre-Arab Spring, yet it faces many problems. Radical Islamist groups pop up and commit terrorist actions, the economic and employment situation in Egypt is reaching crisis mode, and Egypt must deal with multiple problematic neighbours in Libya, Israel and the Gaza Strip, and Sudan. Water issues are becoming very serious and, combined with population growth, intensify both poverty and unemployment. Pray that corruption would be rooted out, justice done and fair laws passed and then carried out in the interests of the people.

The Coptic Church is by far the largest body of Christians in the Middle East and is a strategic key for the evangelization of the region. Pray for:

The Protestant churches sprang out of the Orthodox Church, but did not significantly grow for a long while. However, since 1973, a renewal movement and a new generation of bold leaders are spurring growth. Young people are numerous and active in these churches, and several Pentecostal and evangelical denominations see notable increases. Many churches have extensive social and medical programmes to help the very poor and the disabled.

Persecution of Christians has steadily intensified in the last 20 years. Harassment, discrimination on individual and communal levels and financial incentives for Christians to adopt Islam are all used to break the morale of Christians. Some areas, such as Upper Egypt, face more intense pressure than others. In most cases, the attacks that occur are carried out by vigilante Islamist groups - but often with the tacit acceptance of local security forces. Identity cards stating religion can be a huge challenge for believers from Muslim backgrounds, who tend to be on the receiving end of persecution more frequently than Copts.

Muslim-background believers are increasing in number and include a number of high-profile, former Muslim religious leaders. Conversion is not illegal, but some are imprisoned for "despising Islam" or under false pretexts; others have fled for their lives. It is thus far impossible for Muslim converts to change their identity cards and register as Christians. The numbers are not certain, but are indisputably on an unprecedentedly high level. Egyptian religious authorities claim that up to one million Muslims in Egypt have become believers in recent years. This is most likely exaggerated fear-mongering, but brings to light the more modest but nonetheless notable thousands who have recently come to Christ from a Muslim background.

Training for pastoral and missionary service is a great need. Many evangelical churches have no trained pastor. As the Church grows and faces great trials, solid leadership is essential. Pray also for the growing numbers in theological training at the Coptic Evangelical Church Seminary (which had 120 students preparing for the ministry in 2007), as well as the AoG and the Free Methodist Bible schools.

The Egyptian Church's vision for outreach is growing, but still in a very youthful stage in this modern era, though the Copts have an ancient legacy of sending out workers. Egyptian Christian workers have many advantages over non-Arabs in the Muslim world. Pray that the millions of Egyptian Christians in the West and Middle East may catch the vision to support such a thrust.

Christian media is the most potent means of witness to the majority of Egyptians. Pray for: